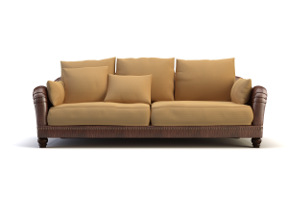 "Look at those mad people!" I would say as we drove down the Oxford Road just a year earlier. No matter what the weather, there seemed to be idiots running down the pavement at all times of day or night. In May 2013 I started using MyFitnessPal to monitor my calorie intake - the mid-40's spread was starting to take hold - but I found that some days I was really hungry and other days could just about cope with the reduced portion sizes, without constantly wanting to raid the biscuit tin.

When you set up MyFitnessPal, you select your activity level as sedentary, lightly active, active or very active. Since, some days I'd be sat at a desk and others I'd be on my feet all day, none of the categories seemed right. I needed a way to dynamically adjust my target based on the day's actual activity. MyFitnessPal have a list of partner applications, which can sync data to it, including Fitbit activity trackers. Fitbit Flex launched in the UK in June 2013, just in time to satisfy my interest and I found myself sadly excited as I collected it from John Lewis in Reading.

If you've got an activity monitor you'll know just how revealing they can be. The device defaulted to a target of 10,000 steps a day. You'd think this was quite achievable, but if you like the sofa or the office chair, you're not going to register many steps.  Fairly soon I found myself just popping out for a walk. "Do you need anything from Tesco's?" was a common question my wife would hear as I looked for ways to add a few hundred more steps to my measly total.

So for the next few months I did as much walking as I could: to the station, the local shop or just about anywhere. But it sure was boring! Don't get me wrong, there are lots of wonderful places to walk and the Thames Path comes straight past my house, so I've no excuse. However, when there's no purpose to it other than to see five LEDs glow on a wristband, you do wonder why you bother.

The general solution to this problem seems to be to stick a pair of earphones in and hit play on your smartphone's music app.  So this is what I did, walking around with my iPod Touch (I didn't have a very smart phone then) entertaining me as I walked around the same old streets night after night.

But then a bizarre coincidence occurred. As I approached a poster advertising the 2013 Pangbourne 10K, the iPod shuffled to Marathon by Canadian rockers Rush. Hmm, is this a sign that I should be running instead of walking? But how to get off the sofa? That's another question...